I had the pleasure of being invited to The Chief Digital Officer Global Forum at the Rosewood Hotel on Sand Hill Road in Menlo Park last week to hear Adam Bain, Chief Revenue Officer of Twitter. It was a fantastic presentation and really showed how Twitter is moving the needle for television broadcasters and advertisers.

Adam explained how a piece of content like a TV show has greater impact when coupled with Tweets from users watching the show and simultaneously using Twitter. Put simply, Twitter is borrowing from Newton law of Force where Mass = Force X Acceleration.

It makes a ton of sense too as the further the time goes out from a piece of content (TV show) the less impact of the Force as the mass of tweets and the Acceleration decreases as less people share it. Yet, the impact of Tweets on Mass (thinking branding awareness and recall impact) is unquestionable and advertisers should be very excited and embrance Twitter for television campaigns.

On Monday, September 23rd, Google made secure search the universal default. The Hummingbird algorithm update means that 100% of Google searches are now secure and Google Analytics will no longer provide user search query data to correlate keywords with site visits, revenue, and conversions.

SearchForecast has created content roadmaps and added tens of thousands of content pages on client websites. Our client benefit from Word Analytics. 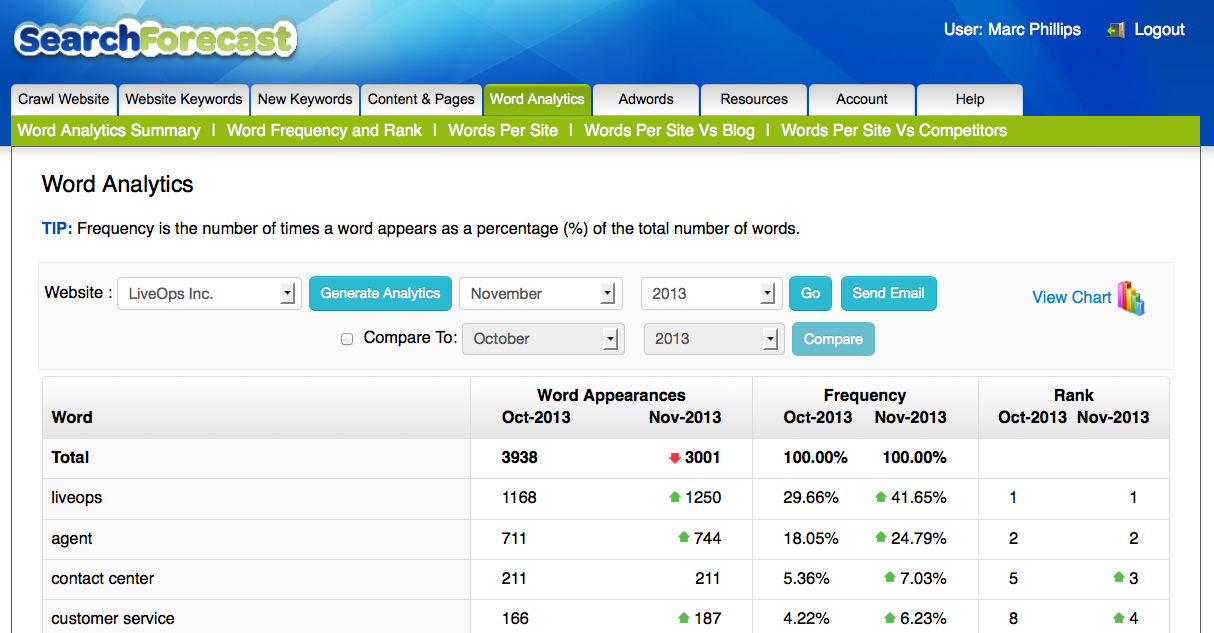