Google Data Studio is a powerful tool and connecting multiple Google Analytics accounts to aggregate data is one way to create insights. Our team is constantly completing data projects using Google Data Studio to improve insights for our clients.

Each year we donate to a charity and our team collectively decides on which charity. We like to support organizations who have helped advance the world and deliver on the change for good promise the Internet has and will continue to bring to the world.

Every person on the planet deserves the chance to educate themselves. Wikipedia offers free access to knowledge and wisdom. We cannot think of a better organization to donate to that embodies the power the Internet and makes for a brigther future for mankind.

LinkedIn provides unprecedented targeting for businesses. The ability to create audiences by industry, job description, company size are all terrific yet the hidden gem is the ability to be able to target by Member Group.

What is a LinkedIn Member Group? LinkedIn Groups provide a place for professionals in the same industry or with similar interests to share their insights and experiences, ask for guidance, and build valuable connections. You can find a list of LinkedIN member groups here.

For an outdoor equipment e-commerce merchant, we can find ‘rockclimbing’ member group and target video or single image ads to these people. That’s very focused targeting. LinkedIn allows you to then target those who have seen say 75% or 100% of a video you showed them or engaged by clicking with an ad to recieve an ‘In Mail Message Ads’ (think email marketing campaign). We are seeing 30%+ click through rates on LinkedIn Message Ads to audiences that have previously engaged.

That playbook is a one two punch to Facebook and Twitter who don’t offer businesses the return on investment when finding new customers. 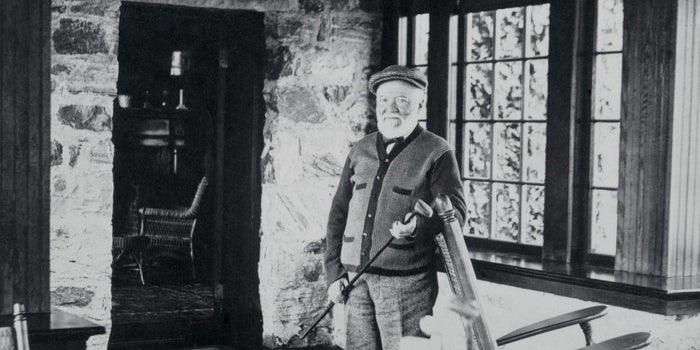 We are oftened asked to explain in simple terms what Google’s Rank Brain Algorithm is. And that means without the words ‘machine learning’ or ‘artificial intelligence’. Let’s speak plainly. Google wants to predict what humans will search for. What their intent is while they are searching and the next search you are thinking of. Not while you’re typing the search query into Google but before you have thought about it. Like pre-empting you the way your Mom, partner or best friend can. You know what I mean?

One way to do this is to ensure you’re writing relevant content. Sounds simple right. Except it requires you to get behind or inside the thought process of your customers. Start by creating personas, asking what your customer segments desire, dislike, fear and are concerned about. This creates questions that your content can answer. Content that is indexed by Google’s machine learning and artificial intelligence technology called ‘Rank Brain’. Makes sense right? They want to rank your brain and put a cognitive predictive sequence in place on what your brain wants to know as you search. 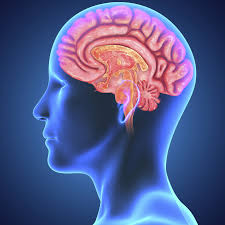 One of our global clients who understand this Google algorithm is Wise-Sync. Wise-Sync synchronises accounting data between ConnectWise and cloud accounting software Xero and Quickbooks Online. By creating content that targets their audience explaining the operational efficiency of automating cloud accounting and improving cashflow by using their technology shows, Wise-Sync suggest to Google they understand the thought process of their clients.

Like most things in search engine content and technologies, the answer maps back to human behavior and the importance of relevant content for the user’s intent when searching.

Earlier this year I was back in Sydney and went into a Commonwealth Bank only to find the music blaring, 3 ATM machines and a lady standing there glancing up to smile before returning to tap away on her iPhone. No tellars. Do it yourself. Fast forward 6 months and I’m in Santa Monica and confronted with this sign. At least I was able to buy a coffee while getting out some cash. My kids and your kids dont use cash. They tap. Like the lady in the Commonwealth Bank. Ironic right? 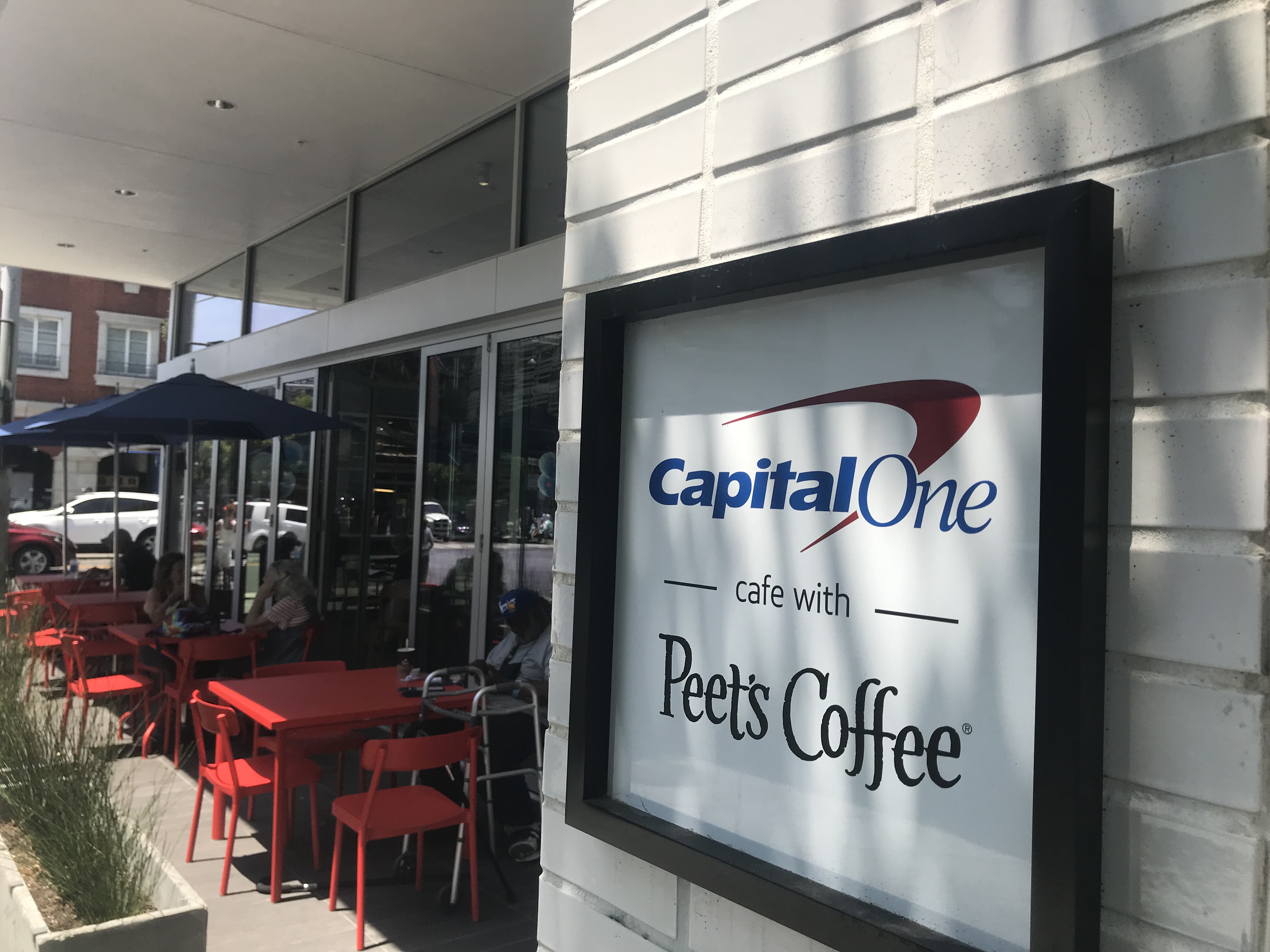 When Amazon purchased Wholefoods, all of us in the Bay Area thought it was a bold move and wondered if prices or quality of foods would diminish. I almost hit my head on the glass casing when I rounded the isle in Wholefoods Redwood City one afternoon. Progress my friends. Disruption works for most people. I now drink coffee more at home, do most of my shopping/ banking via an app. 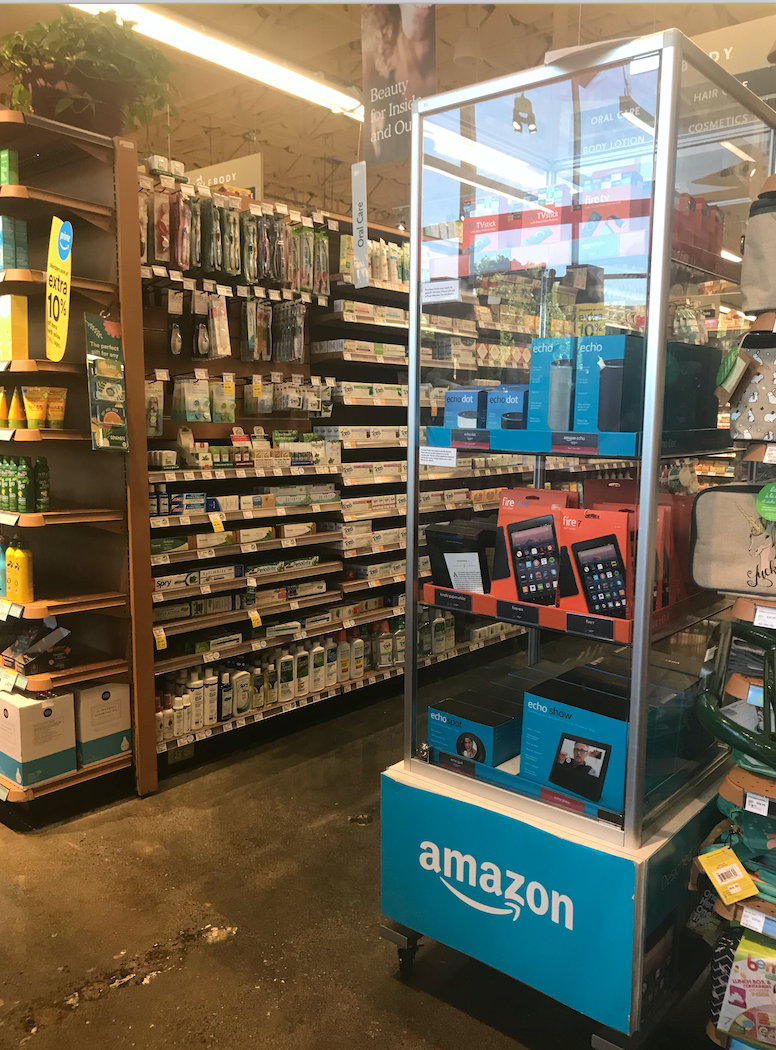 Apple Maps Vans have been spotted around the Bay Area and our team of Quality Assurance testers put thousands of retail store NAPUs (Name, Address, Phone Number, URLs) into Apple Maps on a range of iPhones to verify the correct details. Across the board, 25% of listings are needing updates. That’s a lot! In many cases, Apple Maps have images from Yelp.

There is no central dashboard to manage listings en mass yet Apple do allow an easy confirmation process and report back with when updates are made. Something Google could learn from! 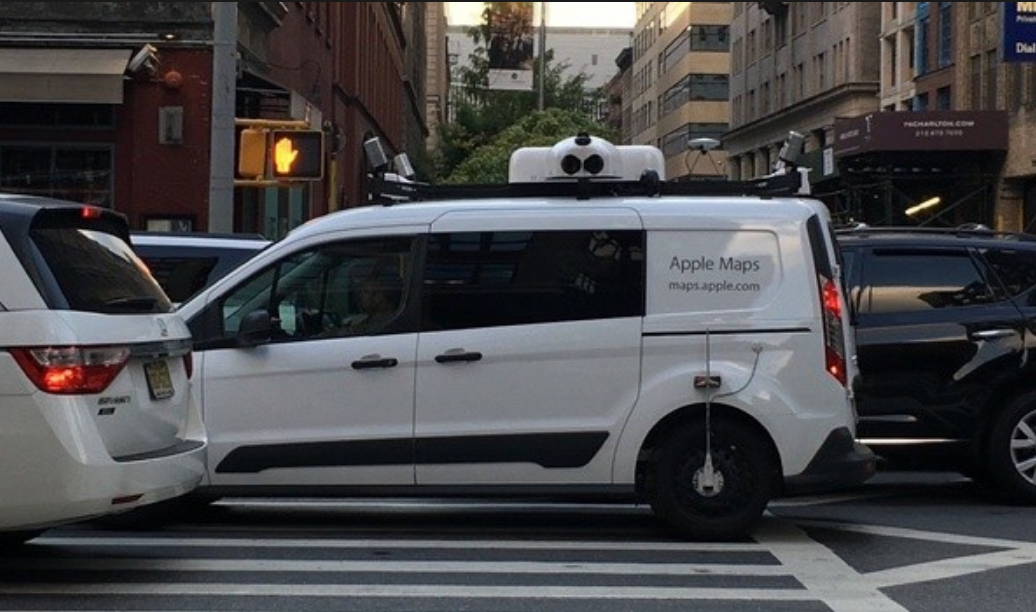 We remember the first chat bots that were on websites. They looked strange and out of place. Then Zendesk came along and made it all seem so beautiful. Boldchat and other chat technologies that weren’t that interesting have been trumped by newer smarter AI and CRM integration offerings like Drift.com.

While they don’t help nor hinder the online optimization process, they do help engage users and while remarketing was always SEO best friends for keeping those newly found users coming back to a site, the conversational applications now have users ready to use them (client and customer).

So we are just at the beginning of the generation where technology is starting to help people more based on their requests. Kind of makes you want to scream for joy right! 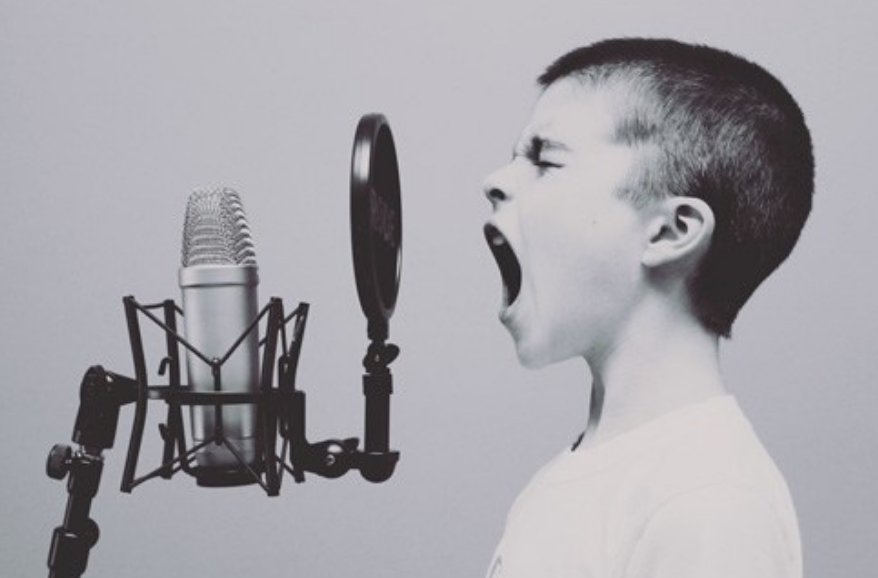 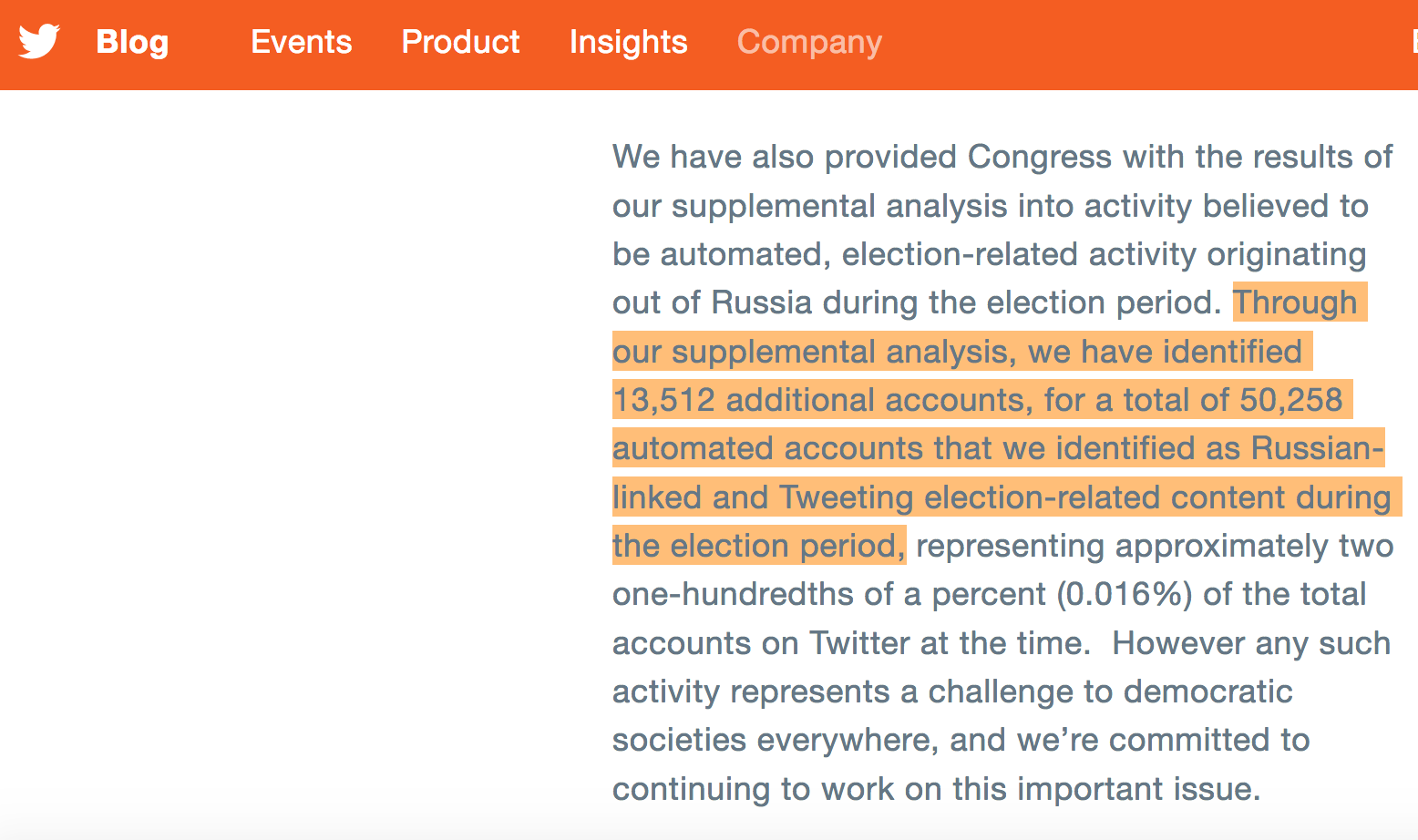 Many people theorize that artificial intelligence will make jobs redundant. Sure there will be some structural changes like all employment sectors go through as economies mature yet human’s will not be replaced. With over 7 billion people on the planet growing to around 10 billion by 2050, it’s important we understand that artificial intelligence is about giving computers a set of tools, a problem to solve and they find the solution, not giving computers step by step instructions to do human work.

While you might want to read about the threat population growth has to our planet which Thomas Robert Malthus predicted in his Essay on the Principal of Population, there is also a case for taking into account the future of space exploration and how that may help solve the ultimate resource issues of planet earth. So does artificial intelligence hold the answer?

Some technologist are looking beyond autonomous vehicles and in the book ‘No Higher Ground‘ by author Roman Godzich helps us understand how exploration has it’s reward and pitfalls.